A Statement From Morris Invest

A Statement From Morris Invest

This week Clayton and Morris Invest suffered some upsetting press, aimed at Clayton personally and the business model for Morris Invest. We think it is important that you understand how we feel about it and how our business continues to run with integrity.

From 2015 until May of 2018, Morris Invest worked with a company in Indianapolis that acquired, rehabbed, and offered property management on rental properties. The Morris family owned approximately 2 dozen properties from this company in their personal portfolio. As our company grew, this company grew with us. We worked alongside them making sure that they had the staff and office space to handle the increasing workload.

We formalized our partnership with this company in 2017 with a Mutual Finder Agreement. This gave Morris Invest the responsibility of finding and referring investors and the other company the responsibility of finding off-market properties, renovating, and managing the properties. This agreement offered Morris Invest indemnity in case of any problems with these properties. We felt that this was a good partnership with people that we had worked very closely alongside.

In late 2017, we began to hear complaints about this company’s management of properties owned by investors we had referred. We were told that the increase in business had overwhelmed the management portion of their company and we elected to open our own property management company to handle the overage and insure investors had a better experience. In March of 2018, we opened Blue Sky Property Management, with the aim of great service for investors such as ourselves. We had the full blessing of the other company and believed we could divide and conquer with the aim of empowering fellow investors.

As the winter ended, we began keeping a close eye on rehabs in progress on properties sold by this company. In late April, a contractor reported that this company had not paid contractor bills for the rehabs done. We followed up with the company to ask why and they said that they were behind in going over approvals and the payment was made. The following week this happened again. We pushed the company and half of the payment was made. The week after that, the same thing happened and no payment was made. When we asked what was happening, we were told that there was no remaining money for further rehabs and we would have to wait until we referred them more investors for new property sales.

This was the moment that stopped us in our tracks. They had ALREADY BEEN PAID for these rehabs. Where had the money for these rehabs gone? We did not know what was happening but we knew enough to know that we could not refer them any further investors if they were planning to use future profits to recover previous losses. That was an illegal thing to ask of us.

Meanwhile, the contractors who had done this work remained unpaid and were calling our home at all hours of the day and night. We ended up depleting our savings to pay over $350,000 in outstanding contractor bills that the other company had legal responsibility to pay but simply did not.

We let investors know that we had ended our relationship with this company and that if they still had management with them, they would have to communicate directly with the company. We also began to search for alternative companies to handle investors’ properties.

We also went to the state of Indiana for help. Within days of this discovery we filed an attorney general complaint. We asked to meet with investigators and asked them to help with reparations for all of those harmed by this company. We still hold out hope that they may have a way to help harmed investors like our extended family. More about that below.

In the months since, we have dealt with the after-math of discovery. Some properties were never rehabbed even though this company had reported to us that they were. Some properties were fully rehabbed but not rented and leases that were provided to us and investors were falsified. But some properties were completed and rented as represented to us. Our best guess is that 60% of the work they contractually agreed to was done.

Our families suffered personally from this. Clayton’s mother owned a property with fines that the management told her they had paid. They had not and her property was sold at a tax auction. She had to get a loan for $10,000 to recover it from the city. Natali’s mother had 2 properties not rehabbed and had to pay over $60,000 to bring them to rent-ready condition. She was told they were rehabbed and rented and had been receiving rent on them for nearly 2 years. Clayton’s sister had a property not rehabbed even though she was told it was. She found out the lease she was sent by the management company was falsified. There was never a tenant living there. She had been receiving rent as well. Natali’s sister had one property that was not rehabbed as promised and another that simply was not built. It remains a pile of dirt. She purchased it in March of 2018, 2 months before the companies stopped working together. Our personal portfolio was in similar conditions: falsified leases on some, no renters in others, some vacant even though we had been receiving rent payments without fail for years. In one property, we found the tenant was paying $900 per month but the company told us she only paid $800. They were clearly pocketing the difference. Who was pocketing the difference? We still have no idea.

We would never have worked with this company if we knew ourselves, our families, or any other investors would find themselves in this position. When investors brought complaints to us, we thought this was a matter of property management. That’s why we started a property management company. We NEVER thought that it was a matter of unfinished properties.

Clayton and his staff worked with this company daily with phone calls, property updates, and weekly status meetings. He visited the company monthly to consult on any inefficiencies with investor communication and walk properties in progress. A former contractor later admitted that when Clayton came to town, he was told to put black-out shades on unfinished properties that Clayton may ask about. When Clayton went to the properties, he was told that a tenant had already been moved in so they could not enter. Thus the shades.

All this to say, we simply did not know and having not been paid for the properties or the rehabs, we could not fix every property that was not done ourselves. We were only paid a referral fee on each property and a relatively small one at that by industry standards.

Despite this, we have suffered a slew of personal attacks because of this. Investors that were left holding unfinished properties and unable to get updates from their management were understandably upset. A small number of them became threatening, to the point that Clayton had to to change his phone number rather than receive expletive-laden texts in the middle of the night for weeks on end.

We have since been dealing with expensive litigation from harmed investors and vicious character attacks in online forums and social networks. The worst of this was a syndicated news story that accused Clayton of using his nice guy/funny guy/family guy/news anchor persona to lure investors into slumlords. After a year of below-the-belt attacks this was the lowest. We never thought that the pain these investors feel would be directed at us so personally.

The reporters that wrote these news stories spoke with Morris Invest investors in other markets that did not buy properties from this company. They knew that this problem was exclusive to our relationship with this company but they left it out of their story. They also knew that other turnkey providers and investors had invested with this company, not related to Morris Invest, and had been similarly defrauded. Even local Indianapolis turnkey providers had been defrauded right under their noses. The reporters also elected to leave this out of their story, instead favoring the salacious nature of the former news anchor turned property shyster angle.

Meanwhile, Morris Invest persists with the intentions to thrive and succeed alongside the best investors we can get on board. We have not had problems of this nature in any other markets and have hundreds of investors who have had a great experience with Morris Invest. Since we ended our relationship with this company in May 2018, we have had no problems of this sort whatsoever.

We remain committed to educating and inspiring investors to live their best lives by acquiring performing assets. We were given a voice and this is how we choose to use it. We cannot let our voices or our company give up because of a bad actor in our supply chain. We cannot lay down and die because of some bad luck and bad press. We end this with a sentiment from Season 1 of Game of Thrones: “There is only one thing we say to death: Not today.”

An Update Regarding Oceanpointe Property Management

Earlier in the week, Morris Invest cut all ties with...

END_OF_DOCUMENT_TOKEN_TO_BE_REPLACED 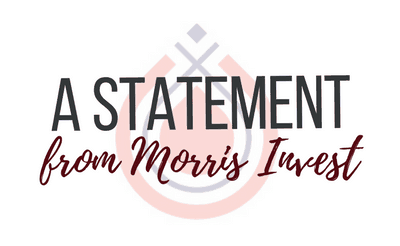 A Statement from Morris Invest

END_OF_DOCUMENT_TOKEN_TO_BE_REPLACED 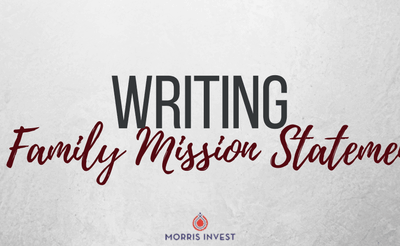 There are so many intricacies that go into running a...